Knowing what you know now, what would you do differently? Would you actually care to change your destiny? Or would you just get stoned with your friends?

How does it make you feel? is an otome-style visual novel with a comical y2k-era setting and a gameplay twist. You won’t just play as the typical teen protagonist – instead, you’ll body swap with your friends, your classmates, even your crush as you try your best to balance everyone’s feelings and hormones. The more you’re aloof with your crush, the more he crushes on you… but if everyone is playing it cool, no one gets asked to prom!

This game has everything: top 8 drama, cringe-y Livejournal posts, T9, French homework, and intimate conversations with your Discman. Think: Peggy Sue Got Married, but set in Baltimore at the turn of the millennium, and maybe Peggy actually ends up with that cute girl she met at a punk show?

Relive your Nokia days! Or live them for the first time! 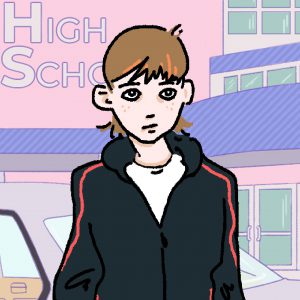 Molly dreams of traveling the world and making art but can’t be bothered to do her French homework. Good thing her art classes don’t have homework. If this was the 16th century, she’d gladly join a nunnery and just, like, chill. As it stands, she likes going to punk shows and movies on the weekend. Maybe she’d smile more if she didn’t still have braces. 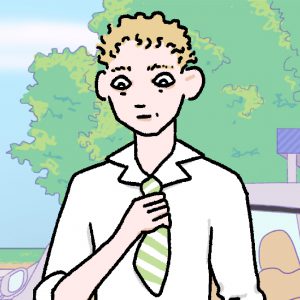 Having a car would be way cooler if Daniel didn’t have to take his little sister to soccer practice. He wants to write music, or poetry, or whatever, but he’d have to have a life first to write about. His dad’s a dentist, which shouldn’t mean anything, but kind of explains everything. 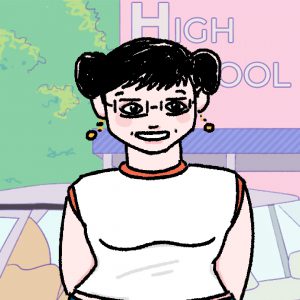 Emily is like literally the only friend in Molly’s life who has a job and a car. Ok, maybe you don’t want to hear a play-by-play of her latest LotR fanfic on the way to the mall (Merry/Pippin again?), but she’s giving you a free ride and always lets you burn copies of her CDs. You’re not really into MXPX, but it was free.

Aaron marginally tolerates you asking to copy his homework every day before class, but only for French. He’s the kind of kid who doesn’t talk about how many AP classes he’s taking, he just conspicuously carries books around to make you feel like garbage. He’s going to be a doctor or lawyer or, worst case, an engineer. But he’s nice, or whatever. 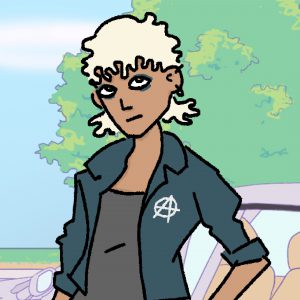 Darya’s a bad bitch who still gets A’s in AP Bio. You’re more than a little afraid of her. She’s the lead singer of Small Change, the best live band you’ve ever seen. Well, I mean, of the 3 bands you’ve seen. All of her songs are about how fascists and capitalist pigs can go die already. You’re pretty sure she’s brilliant even though you can’t make out any of the lyrics. 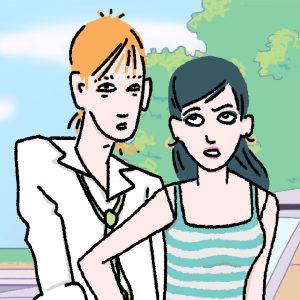 O’Malley thinks he’s a punk, but his school uniform is a little less Angus Young and a little more, “my parents pay $15k a year for a Catholic prep school.” But he brings weed to all of Meaghan’s parties, so what more could she want? You know she’ll dump him the second she sets foot onto a college campus. Like, for the tour. She won’t even wait for an acceptance letter.

How does it make you feel? will be released for Mac and PC in 2022, and is built with Unity. Sign up for the mailing list to play the latest beta release and find out when the Kickstarter goes live in January!